I hope you did your duty and participated in the first round of voting yesterday — Out with the Kids embedded those videos all nice and pretty for you, and if we don’t exercise our voting rights, that just invites unscrupulous people to come and take advantage of the process. How do you think Raffi won all those Grammys? (Note: I don’t know if Raffi has actually won any Grammys. But he seems shifty.)

Anyway, today we’ve moved on to the Ella Jenkins Regional, and four more videos fighting to make it to the next round. Let’s watch, and then head over to Ages 3 and Up to vote!

#1 Seed: John Upchurch and Mark Greenberg, “A Counting Error”
I don’t know how I’ve missed hearing this song until now, but it’s great — and my kids, who both giggled for about 45 seconds straight when it started playing, agree. The clip is charmingly lo-fi in a pleasantly retro way — in fact, the numbers/letters segments remind me of something I might have seen on Sesame Street during my long-ago youth. If I didn’t live in the middle of the woods where there’s no cellphone reception, I’d make “A Counting Error” my ringtone. Bravo. 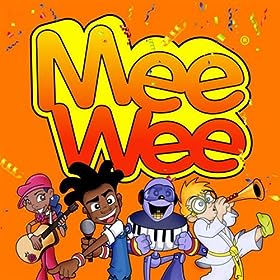 To those of us who grew up during hip-hop’s mid-to-late ’80s golden era, the idea of a hip-hop album for kids may seem silly and unnecessary; after all, you can play a lot of those old hits without worrying about objectionable content. (My daughter, for instance, developed an intense appreciation for Heavy D at a very early age.) And then there’s this project’s name: MeeWee? Seriously? When I first heard about this album, I didn’t even want to say the title, let alone listen to the music.

Here’s the good news, then: MeeWee: Hip-Hop for Kids is much better than its title. It isn’t as much fun as the hip-hop hits you remember from your younger days, but for the most part, it avoids using the music to do any truly obnoxious pandering to kids, and the majority of the songs do a fine job of holding up to repeated listens. (A notable exception is the horrible “Keyvo,” which makes me want to give whoever recorded it a few solid punches to his MeeWee.) Some of them are really pretty catchy, actually; for instance, I’ve found myself randomly getting “I Can Be Anything” stuck in my head, and songs like “So Much Love to Give” deftly combine positive messages with solid pop arrangements.

MeeWee was developed by a former teacher and one of the producers of MTV’s Lyricist Lounge, and MeeWee Entertainment has been doing a great job of outreaching the album to childcare professionals (teachers, camp counselors, dance instructors), offering them free downloads as well as lesson plans and other materials. It’s a smart way of getting the word out, and for the K-3 set, MeeWee might work as a spoonful of sugar to help the educational message go down. Older kids are a lot savvier about music, though — hip-hop in particular — and for future installments, the company could, and should, do a better job of connecting the dots between real hip-hop and age-appropriate messages. This stuff is cute, but it’s canned, and the world is still waiting for an album of kids’ songs from rappers with household names. (Biz Markie and the Roots have contributed to Yo Gabba Gabba!, after all.) In the meantime, there’s no arguing with results like these: